English translation of above verse is: ‘People inflate their bank lockers and wealth, the angel of death does not accept any gratification.’

Nature is not governed, except by obeying her  – Bacon

Almost all the ducks became hysterical started yelling, jumping around with panic movements. My dog, three of them, gave silly calls that I hate to hear in ordinary times. Water in my handmade pond made waves without any noticeable reasons. It was definitely an earthquake that was felt in the entire region, I was witness to it, if not the victim. It was 7.9.

First thing, that came across my mind was whether the the old decaying house where I was living would withstand this might show off force from nature. It did stood the test of tough quake, may be the materials used 45 years ago were solid, pure and not filled with impurities of public buildings contractor.

END_OF_DOCUMENT_TOKEN_TO_BE_REPLACED

‘Standing alone is better than standing with people who hurt you’

The strong young man was received by his uncle at Karachi airport. His baggage was 35 Kg excess, the penalty was waved off by the uncle as he was an official in airport security. Coming after rather long period of eighteen months was some home coming.

END_OF_DOCUMENT_TOKEN_TO_BE_REPLACED

All exposures by the owner of this blog, Tariq A. Rana, all rights reserved – Sole copyrights belong to me.

From the travels of Marco Polo to the sails for discovering new world, Christopher Columbus, both have been my idols not because I heard their names in movies or novels but because  they committed on the direction for their purpose. END_OF_DOCUMENT_TOKEN_TO_BE_REPLACED 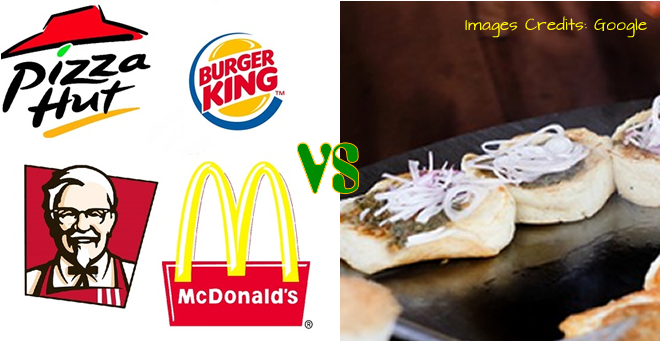 ‘Do not use your stomach as a trash can’ – Anonymous

The barber under the shady tree, where flock of birds were showering their grey white droppings regularly on my head and covered head of the barber. Since, I am losing my wisdom hair with mach 5 speed, I get my head shaved since quite a while now. It is emphasized here to clarify why a person like me was getting services of such technician in open air?

When expenditure exceeds the earnings; one has two options, first, rob the nearest bank in broad day light with clear face, second, keep asking money from your family and friends and die in disgrace. I being a lay man try to save some revenue going to a barber who is charging me USD 0.25 per head shave. Thus, providing me the relief which every government in power promises until loses its credibility.

END_OF_DOCUMENT_TOKEN_TO_BE_REPLACED

Buying cheap mangoes on a congested street the vendor was a telling his small little son count the money when you pay back the balance to a customer. Being a stupid observer I extinguished my cheap imported fake cigarette and took interest in the training session between father and son.

I am sure if luck and social infrastructure favored the son, aged about 8 years, he would establish ‘Wal-Mart’ someday somewhere in Lahore. Mr Nawaz Sharif’s father was not an MBA in marketing but now this gentleman is head of the government and also maintains number 1 position in wealth ranking charts.

I suggest the poor boy might read the biography of Sharif family. Worthy readers, I am not pin pointing the present Prime Minister of Pakistan being the richest and smartest but elaborating the training wisdom of human relations in business is the base to reach the top of the ladder of success, especially with deadly combination of politics and financial family background.

END_OF_DOCUMENT_TOKEN_TO_BE_REPLACED 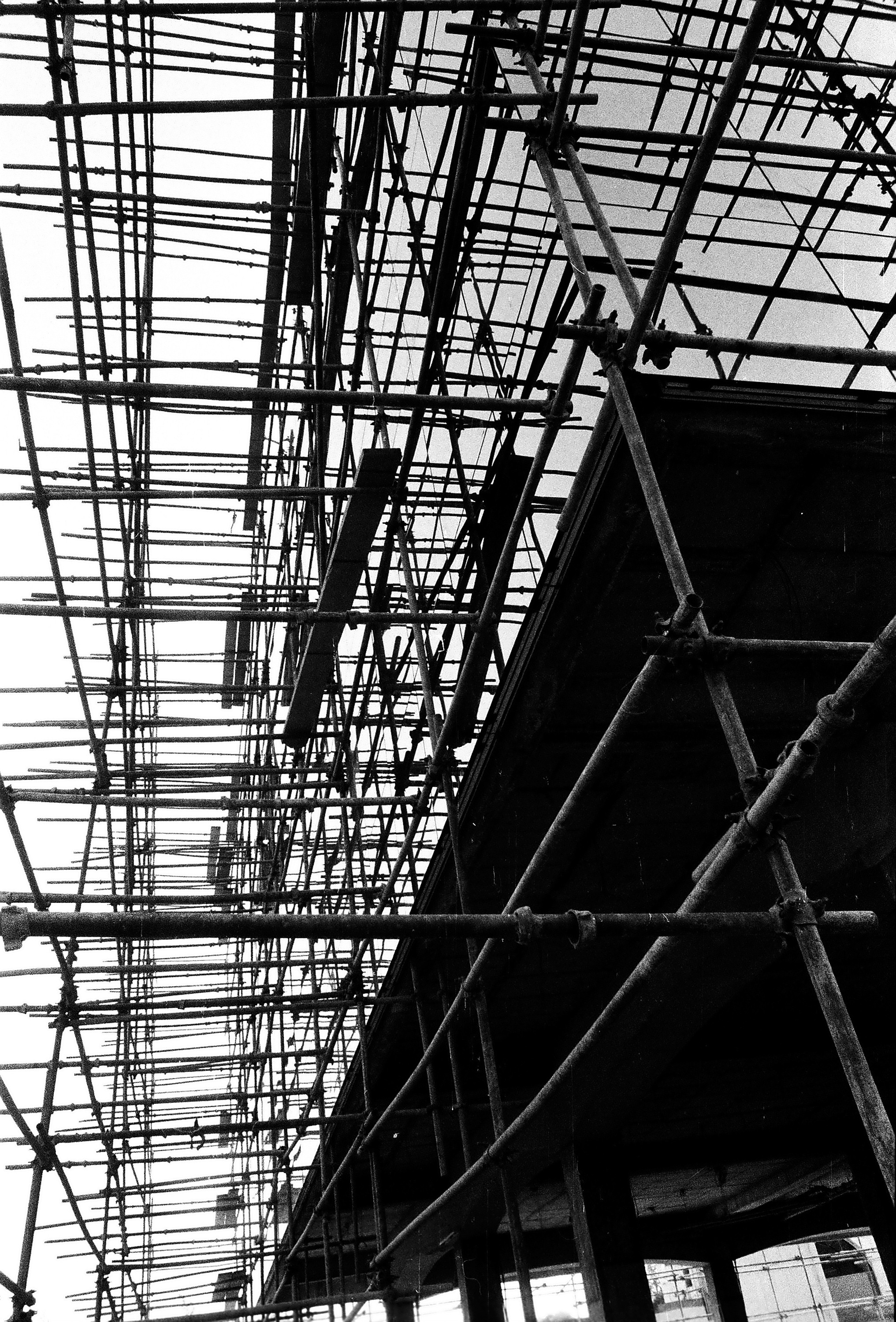 All rights reserved, sole copy rights with me

Film ‘Planet of the Apes’ has fascinated me not because it showed apes dominating humans but the city and the world which they finally conquered was once a planet of selfish and bloody human conflicts. Remember, film ‘King Kong’ love affair with a sweet girl, that giant ape was ultimately butchered by ruthless humans.

Killing of the King Kong was avenged in the planet of the apes. If I were sitting in the jury, I would give my consent to the race of the apes taking over the cruel world of humans. Please don’t get me wrong. This impression has been building in my mind not after 9/11 but perhaps when I was around 11.

Basically, forced witnessing violence, bloodshed, hatered and mass murder of morals including humans, has made me to migrate to the planet of the apes, momentarily. Alas…. Only Hollywood can provide me one. I am not talking about sub particle theory but simply expressing how disorganized and disoriented our world and cities have become.

Imagine if in reality, suddenly the apes actually invade us, that too in cities like Karachi, Lahore or Faisalabad. A very strong possibility cannot be ruled out they either will instantly plant huge jungles as their habitat or they will rent out the buildings back to us and go back to their permanent quarters (i.e. Amazon).

Simply to say, why urban planning has become a non planning almost all over the world? It was easier for us to show all the messed up infrastructure on mammoth drawing boards but practically is Scary nightmare.

Let’s give a chance to apes, who, I trust, shall run and plan town and cities like gentlemen ….

Meanwhile, co relate above piece with the piece below to established why apes are not living in the cities and towns. This letter was published in The Pakistan Times Lahore on 13th December 1987.
Enjoy the joy … Part three …… 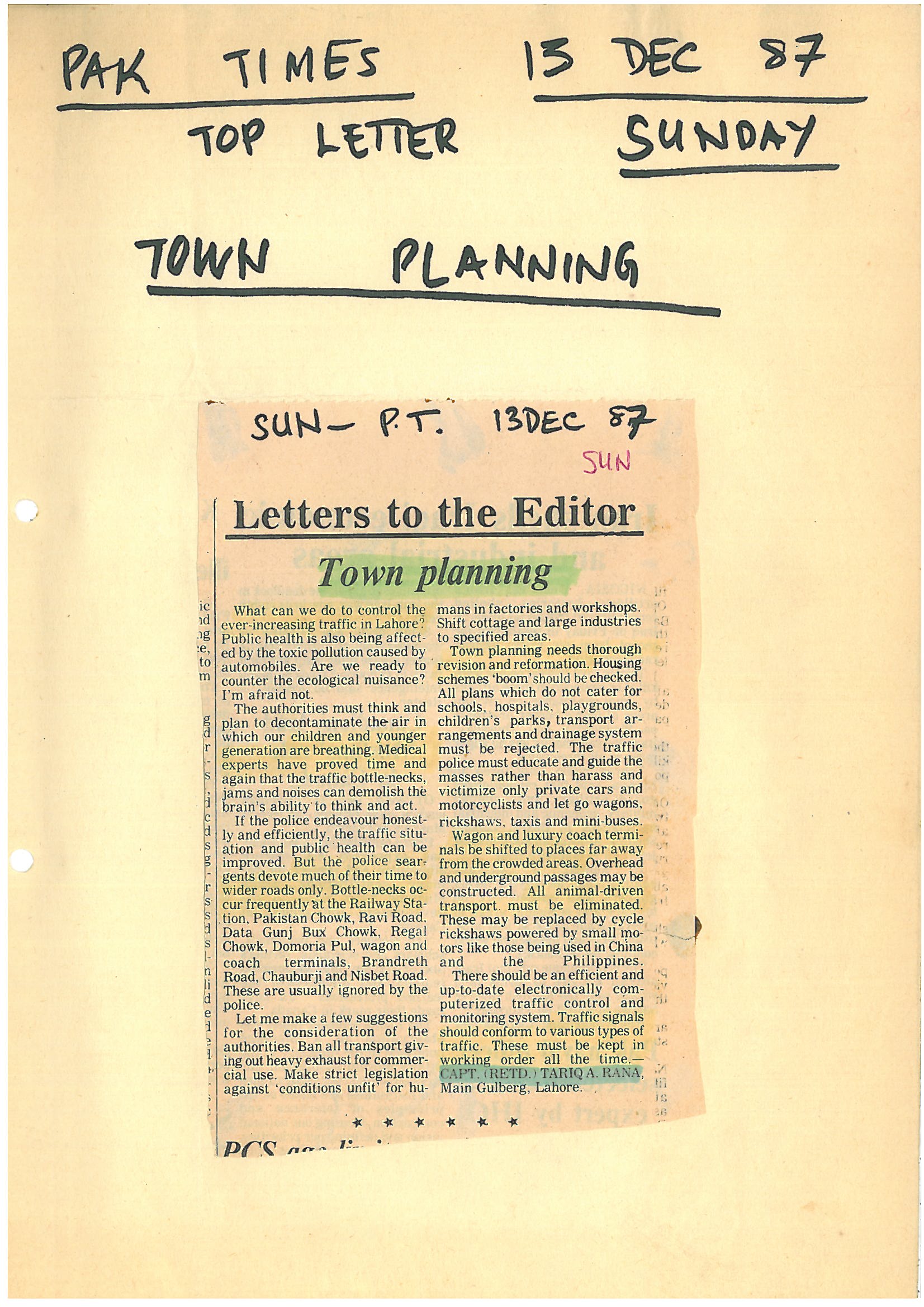 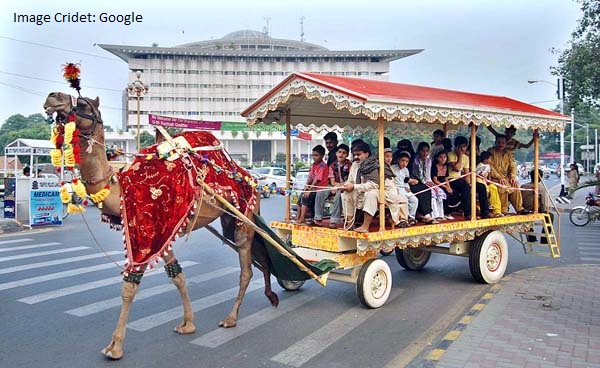 In Lahore city, which is proclaimed the heart of Pakistan, a main artery named after some colonial mega personality from British Raj is still a big deal for wanderers coming to Lahore. This road is called ‘The Mall’.

Infrastructures of political nature surround this road. Like the governor’s house, which, in fact, is frankly speaking not a house but an activity and ambitious factory for burning your and my money.

Every governor occasionally invites social workers to witness how difficult it is to enter legacy of British Raj. When I travelled in a public transport bus, in those days, double storey buses, like in London, were pride of Lahore. However, London has carried out world Olympics where as Lahore has held sports shows where several records for Guinness book were profoundly entered. These records cost record embracement and dismay for the city of Lahore and for its rulers, later.

Displaying my fragile brain and head out of breezy window of first floor of this bus, I could see inside the governor’s house. Even after hectic search and scan, which took many minutes, could not find a human inside this landmark.

But the lasting terrifying impression imprinted in my spinal cord about a governor and his house was nothing less than Steven Spielberg Oscar winning movie. If you change nothing, nothing will change; but unfortunately my body’s infrastructure rapidly changed into a rotten pile of standing counterproductive landmark but the purchase power of my wallet demolished. Ironically, some people do ask this question why this road and the governor house has not contributed to increase my edifice.

Folks, Mr Governor and his residence still reminds me of how history sometimes, can be very smart. Governors and I are part of the same society; but remain aloof like Mount Everest and Bay of Bengal.

If Mr Governor, who so ever he is, till the publication of this blog can read this by chance, should tell the audience why a double storey bus cannot be commissioned again so that a nostalgic person like I am can reach into his house by my eyeballs. This human visual search is necessary to observe whether some human is traced doing some productive activity inside the governors house.

As far, the road called The Mall; I still use this as a matter of compulsion and not a choice. Since all roads lead to Rome, and do as the Romans do, or when in Rome become a Roman; if I don’t route through this road I will be not a Lahori. I have just discovered that sometimes, why Google map showing the Mall road Lahore on internet cannot have the technology to display my ‘LIKE’ for the governor house on the screen of smart devices.

By the way, another very pleasing and entertaining place is also located on the same road. It was mandatory for me to visit this place at least, when I either failed or performed badly in my exams in the school. Another breed of social animals are kept here. How distinctly am I different from them, it is for you to judge. This place is Zoo of Lahore.

Kindly, read the following piece before your desktop is forced to shut down because of electricity grid failure. 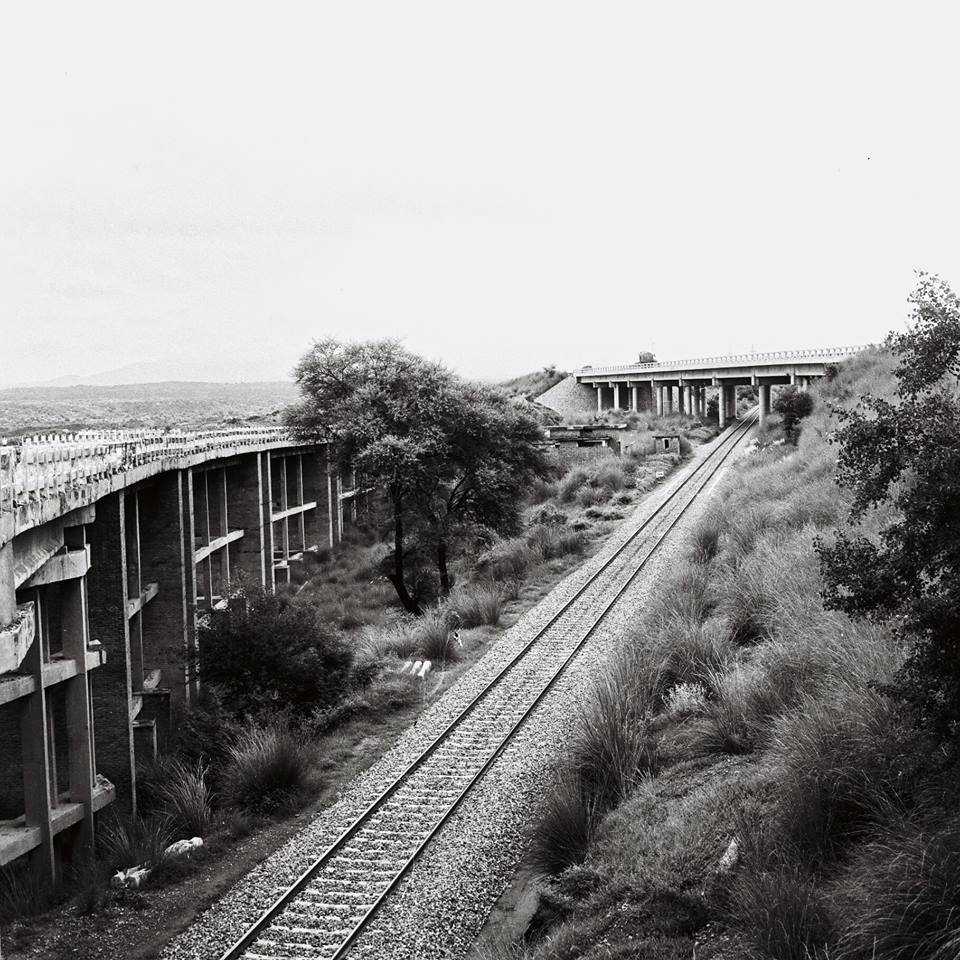 ……. Not touching your body, was my interest, but to win your heart,
…. reaching that far, it shall take some considerable time ….
My vintage manual film camera exposure, without flash, tripod, filters

All rights reserved, sole copy rights with me
Priced 100 US $
Enjoy the joy……. 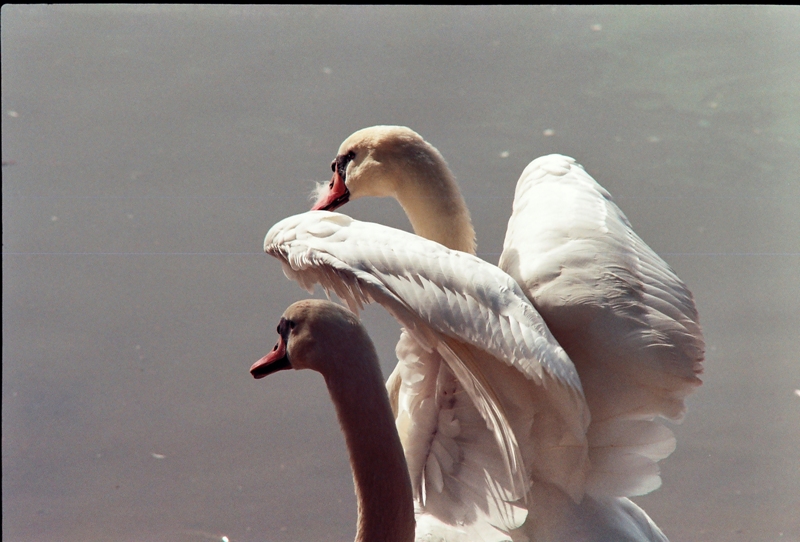 All rights reserved. Sole copy rights with me